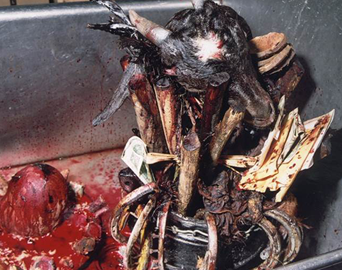 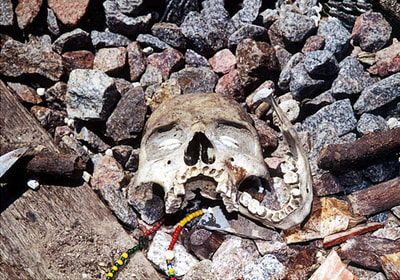 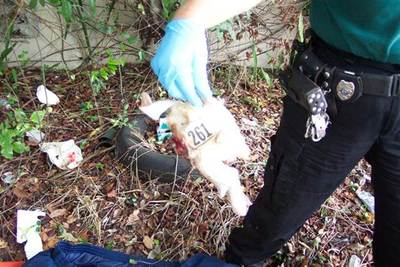 The Forensics of Sacrifice:
A Symbolic Analysis of Ritualistic Crime

Introduction:  Ritual murder includes a wide variety of both sacred and secular acts committed by groups and individuals and is most often attributed to practitioners of occult ideologies such as Satanism, Palo Mayombe, Santeria, and other magical traditions, or to serial killers and sexual sadists who ritually murder their victims. Due to many legal, practical, and ethical controversies the study of contemporary religious violence is in its infancy. There have been no serious empirical studies of ritualistic crimes or classifications that adequately distinguish between ritual homicides committed for sacred versus secular motivations.

In the law enforcement community, the investigation and analysis of ritual murder is viewed from a behavioral science perspective derived from methodologies in the fields of psychology, criminology, and forensic science. Problems arising from investigating ritualistic crimes are generally beyond most investigators’ typical experience. Due to the lack of standardized categories, law enforcement professionals cannot agree on the extent of ritualistic crime, the types of crimes committed by individuals and religious groups, or the motives of the perpetrators. Hence, ritual violence is not often recognized, reported, or investigated accurately. Furthermore, academic research on the subject of occult religions typically situates them within the discipline of new religious movements, which is fraught with controversy. Scholars hold vehement debates concerning the credibility of accusations of violence, the validity of research, and the degree of authority that government and law enforcement agencies should assert with respect to new religious movements.

This article is the result of my ongoing research into the phenomenology of image worship, contemporary blood rituals, and sacred violence. It reflects my continual endeavor to protect the religious freedoms of members of alternative religions while assisting law enforcement professionals in the investigation of ritualistic crimes.
...

Read the entire article by downloading the pdf, below.

Disclaimer: Graphic crime descriptions related to the subject matter are included in this article.

This article was originally published in the Anthropoetics IX, no. 2 Fall 2003/Winter 2004.  The last update to the content was in October 2016.  Republished with permission of the author.
Download PDF
RELATED COURSES

TRITECHFORENSICS Training offers the above courses with hands-on skills training.  For more information about scheduled courses, visit our upcoming courses page.  Intested in bring one of these courses to your location?  Contact Phil Sanfilippo (here) for more information.